Charging Moose Media is the collaboration of two lifelong friends, Marcus Thorne Bagala and Ned Donovan. They've been producing work together since high school, where Marcus music directed Ned's production of The Last Five Years. Their collaborations continued into college, with Marcus at Berklee College of Music and Ned at Ithaca College.

After they both moved to New York City, Ned and Marcus continued to work together on various projects while building their own careers. Then in the fall of 2015, Ned approached Marcus and asked him to come onboard a music project Ned had been planning for a few years covering classic Showtunes in contemporary radio genres. The end result was called Give My Regards to Broadway: Classic Showtunes Reimagined, which released in the spring of 2016. Later that year, Ned and Marcus collaborated again on The Hunted: Encore, a spinoff series to The Hunted, the longest running web series on the internet, and this company was born.

Charging Moose Media came out of a desire to create fun, exciting, high quality media projects across a wide spectrum of interests with a diversely talented group of artists. We strive to create engaging, unique, professional products that showcase our talents and the talents of the many incredible artists around us. We are always open to new ideas, and would love to hear yours. If you're interested in working with Charging Moose, please don't hesitate to reach out to us through our Collaborate page! 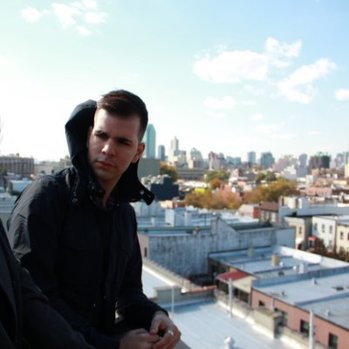 ​A graduate of The Berklee College of Music Film Scoring program, Marcus now lives and works in Astoria, NY. (Marcus is originally from Maine…thus the moose nickname)

Some career highlights include creating original synth designs for Showtime’s Golden Globe winning show The Affair, Providing original music for NPR’s acclaimed radio program and podcast This American Life, writing the music for the claymation short The Last Dance (A Cannes Short Film Corner Selection), contributing music that was included in NFL Network’s The Timeline, scoring the short The Terms Of Service which was awarded the best short film at the Omaha Film Festival. (Check out my full list of credits HERE!)

Marcus is also an multi-instrumentalist, playing guitar, mandolin, ukulele, bass and keys performing in many venues across the north east and on the scores of television shows and movies.
To learn more about Marcus outside of Charging Moose, visit his website at www.marcusbagala.com 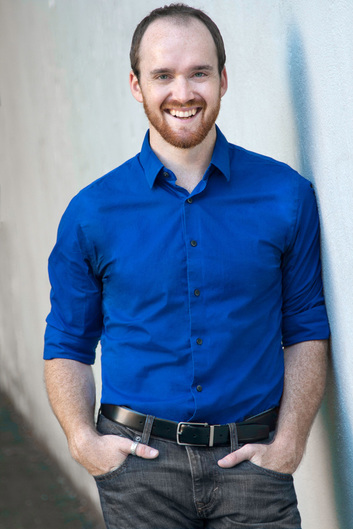 Originally from Portland, Maine, Ned now resides in Brooklyn as an Actor, Singer, and Fight Director. When not doing those things, Ned can generally be found playing board and/or video games, being an enthusiast of nerdy TV shows and movies, and loudly supporting New England sports teams. GO PATRIOTS! TB12 FOREVER! GOATGOATGOAT! *ahem* sorry, I don't know how that got in there.

As an actor, Ned has been seen in theaters all over the country, performing in shows such as All Shook Up, My Fair Lady, Damn Yankees, White Christmas, and more. His work has been described as "Earnest", "Heartfelt", "Thrilling", and "Lovely" among others. He was once called "the minstrel with the mellifluous voice" in a review, though he had to google that word to make sure it wasn't super rude.

As a fight director/stunt coordinator, Ned has worked theatrically at the regional, educational, and community levels, as well as teaching staged combat classes. His feature film stunt coordination debut Night of the Living Deb released in September 2016 to DVD and VOD. His other filmed work includes multiple award-winning college theses, web series, and a brief stint on America's Got Talent Season 6 (don't worry, he was voted off the show super quickly and subsequently made fun of by Howie Mandel #BucketListItemComplete).

​Ned holds a BFA in Musical Theatre from Ithaca College, and is a proud member of the Actors' Equity Association.
To learn more about Ned outside of Charging Moose, visit his website at www.neddonovan.com